How Does the Taproot Update Impact You? 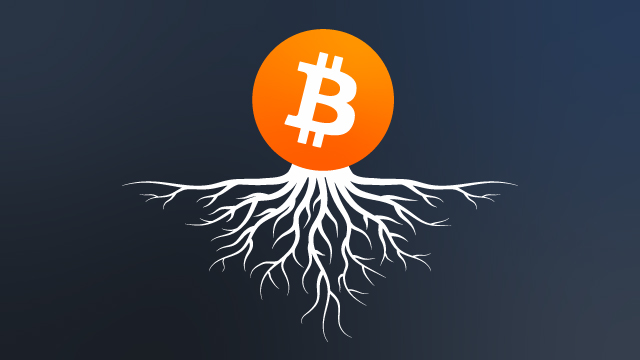 Taproot improvements are centered on efficiency and usability and include:

The past year has been filled with ups and downs for Bitcoin, the original and perhaps most well-known cryptocurrency. But one pivotal change in Bitcoin’s network occurred in November, and while the effects are still playing out, it could prove to be seismic.

In November 2021, Bitcoin saw the biggest upgrade to its network in over four years, this one dubbed “Taproot”. What made this particular network upgrade different from the last one in 2017 was a few fold, but in particular was its support from adherents. The 2017 update split users and created a stark ideological divide, whereas Taproot has near universal support, partly thanks to the more incremental nature of improvements made to the code.

Before Taproot, verifying transactions on Bitcoin's network was a lengthy process because each digital signature (required on all such Bitcoin transactions) was validated against a public key individually. But now, signatures are batched to increase efficiency. The update condenses transactions that require sign-offs from multiple parties, such as those from multiple addresses on Bitcoin's network, into one. Enhanced compatibility with smart contracts will open up a host of possibilities, too. Users won’t have greater anonymity on the public blockchain per se, but simple transactions will be effectively indistinguishable from those that are more complex and require multiple signatures.

Benefits of the Taproot Update for Bitcoin Investors

The immediate and future benefits of the Taproot update are best represented by its nearly-unanimous support from users and informed potential users in the decentralized finance community. It was also heavily tested for 6 months before the official rollout to minimize risk. Many of these updates have been long-awaited and are seen as the next logical step for crypto’s founding currency network.

Fred Thiel, CEO of cryptocurrency mining specialist Marathon Digital Holdings aptly noted that the “most important thing for Taproot is...smart contracts…It’s already the primary driver of innovation on the Ethereum network. Smart contracts essentially give you the opportunity to really build applications and businesses on the blockchain.” The Bitcoin network has always possessed smart contract capability, but due to problems associated with scaling transactions, it has never before been fully realized, a problem the Taproot update solves. To that point, Taproot has made Bitcoin a more versatile investment, helping it stay on par in profit and relevancy with its younger cryptocurrency competitors.

As with all things, however, the update is not without its detractors. The “enhanced privacy” featured in Taproot could lean too far in one direction and be seen as a kind of secrecy, ultimately inviting more government oversight. And even with these marked and necessary improvements, Bitcoin may not be able to compete with networks like Ethereum, which have been highly compatible with smart contracts for some time now. There is also the issue of the significant energy usage of Bitcoin mining, which even Taproot’s increased efficiency will be unable to fix.

As we previously covered on the blog, the crypto market took a tumble at the beginning of 2022, but the Taproot update could prove to pay dividends for Bitcoin. And with the currency at a lower price point for the time being, now very well may be a good opportunity to invest. And if you do decide to wade into the Bitcoin pool, CoinFlip is here to help you with conveniently located Bitcoin ATMs or our over-the-counter Trade Desk.