What is crypto mining? 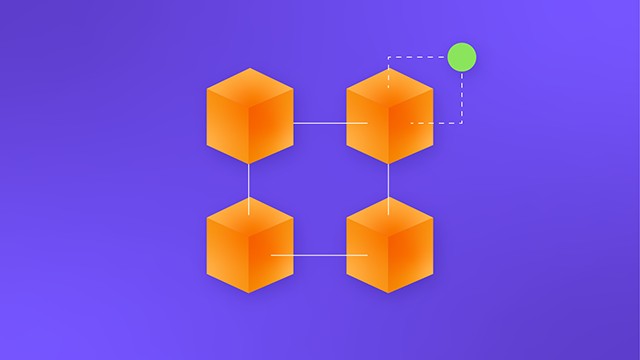 If you've taken your first steps towards understanding bitcoin, you've probably heard references to "mining" and "miners" thrown around quite a bit, and for a good reason. Miners and mining's role is key to the overall success and stability of bitcoin as a whole.

Today, we are taking a closer look at what mining is, who is doing the mining, and why it is so vital to the world of bitcoin.

What is bitcoin mining?

Bitcoin is a decentralized alternative to the traditional banking system. This decentralized system can operate and transfer funds from one account to another without a central authority like the bank. Typically, banks maintain a ledger of transactions that indicates who sent funds to whom. Without a central authority, bitcoin's ledger of transactions is maintained in an entirely different way.

This is where mining comes into play. Anyone who wants to update the ledger of bitcoin transactions, known as the blockchain, can do so. All you need to do is guess a random number that solves an equation generated by the system. As simple as that sounds, solving this equation takes quite a bit of computing power. The more powerful your computer, the more guesses you can make in one second, thus increasing your chance of solving the equation before another miner. If you guess the correct number first, you are rewarded in bitcoins and get to write the next page of bitcoin transactions on the blockchain.

How does bitcoin mining work?

Suppose you are the lucky miner that solves the equation first. In that case, the mining program on your computer will determine which of the currently pending bitcoin transactions will be grouped into the next block of transactions, and thereby officially updating bitcoin's transaction ledger known as the blockchain.

The block you've created, along with your solution, is broadcasted to all of the computers on the Bitcoin network to be validated. As these computers validate your solution, they update their copies of the bitcoin transaction ledger with the transactions in your block.

Bitcoin mining is similar to a lottery that requires you to guess the winning number. The more powerful your computers are, the more guesses you can submit in a short period. More guesses mean you have a greater chance of being the first person to guess correctly.

If you guess the winning numbers, you are paid bitcoins. This reward is compensation for the time and energy you spent trying to solve the equation. You are also paid any network fees attached to the transactions included in the block.

Adding new blocks to the bitcoin blockchain is called mining because it is the way that new bitcoins are introduced into the ecosystem and requires a great deal of work - similar to how precious metals are mined but all done from a computer.

How much is the mining reward?

In 2009, when bitcoin was first created, the reward for adding a new block to the chain was 50 BTC. Today, however, miners get 6.25 BTC per valid block mined. Why has this reward number decreased so much over the years? Because built into bitcoin's design is a process known as bitcoin halving.

Bitcoin halving refers to the process where every 210,000 blocks, roughly every four years, the block reward is given to miners is cut in half. This also halves the rate at which new bitcoins are introduced into circulation. Bitcoin halving helps make BTC more valuable over time as new coins increasingly become more scarce.

The maximum supply of bitcoin to ever exist is 21 million. Currently, there are more 18.6 million in circulation. The last bitcoins will not be mined until around the year 2140. So, while most BTC is already in circulation, we still have a long way to go before mining is complete.

Now that I understand what mining is, should I become one?

Possibly! Whether or not you could receive enough bitcoin processing transactions as a miner to make it worth your time depends on what kind of hardware you have. Sophisticated miners often buy expensive processors and graphics cards for their custom-built computers to process as many transactions as possible and receive as much cryptocurrency as possible. However, this does bring up the concern of electricity cost as a potential pitfall of mining.

If you don't have the budget for the most advanced mining technology, you could always join a mining pool. A mining pool is a collection of miners working together to increase their chances of finding a block at the group level. Through these pools, miners combine their computational resources to enhance their joint processing power and make more attempts at solving the blockchain's equation faster. If your mining collective is the first to solve the blockchain equation successfully, you will have to split your BTC reward with your team. Still, the reward is currently worth around $375,000, so there is plenty to go around.

If you have no desire to become a miner, that is fine. You can always buy bitcoin and invest in the blockchain that way or invest in bitcoin-related companies and products.