Weekly Flip Thru: Bitcoin Is Cool, But Have You Tried Altcoins? | CoinFlip Bitcoin ATM

Weekly Flip Thru: Bitcoin Is Cool, But Have You Tried Altcoins? 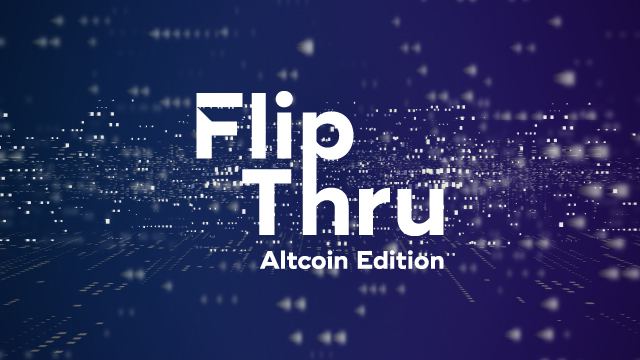 Bitcoin Is Cool, But Have You Tried Altcoins?

Don't get me wrong; I love Bitcoin. Things have just been kind of slow-moving with BTC over the last few months, while altcoin markets are making big moves.

This week, I'm filling you in on what's been happening across the crypto markets. Read on to find out what may be on the horizon for Bitcoin, Ethereum's record-breaking behavior, Dogecoin's journey to the moon, and Litecoin's major victory.

Bitcoin's price has remained relatively unchanged since late February, hovering around $56,000 to $60,000 and dropping as low as $49,000 in late April. While momentum seems to have curtailed, we have a saying in the crypto industry - when in doubt, zoom out! If you look at the bigger picture, Bitcoin is still up by 560% since this time last year with a total market value greater than $1 trillion dollars.

Nasdaq has predicted that Bitcoin's glory days are far from over, stating that the reasons to be bullish are greater than ever. They say that once bitcoin breaks free from its recent rage, it will be again "off to the races," and new levels of FOMO are expected to be seen worldwide.

Are you looking to get some bitcoin before the price goes up? CoinFlip has you covered.

Ethereum hit another all-time high on Wednesday at $4,346. This high has taken Ethereum's market value beyond the $500 billion mark. ETH is only the second cryptocurrency to ever breach half a trillion dollars in total value, behind Bitcoin. This latest valuation makes Ethereum more valuable than Visa, JP Morgan Chase, and Johnson & Johnson, according to data from AssetDash.

Earlier this month, Ethereum's co-founder Vitalik Buterin became the youngest crypto billionaire after Ether's price rose above $3K. One crypto analyst believes that Ethereum's price will go as far as $8,000 to $10,000 by the end of this year. ETH is already up by 2,246% since this time last year.

Are you ready to add some ETH to your portfolio? You can do so with CoinFlip.

Dogecoin Is Going to the Literal Moon

Dogecoin, too, hit a new all-time high at $0.73 on Saturday morning before dropping as low as $0.42 per coin the next day. Dogecoin is currently sitting at around $0.48, with a total market capitalization of $60 billion- making it the fourth-largest cryptocurrency by market volume.

The DOGE price dropped after Elon Musk's highly anticipated Saturday Night Live appearance this past week, an event that many expected would drive the price even higher. In the days leading up to Musk's SNL appearance, global interest in Dogecoin peaked as internet searches for DOGE exceeded that of Bitcoin, according to data from Google Trends.

Thanks to the Canada-based manufacturing and logistics firm Geometric Energy Corporation, Dogecoin will embark on a literal journey to the moon via one of SpaceX's first lunar rockets. SpaceX has accepted Dogecoin as payment for this mission in demonstration of "the application of cryptocurrency beyond Earth orbit and set the foundation for interplanetary commerce," says the company's VP of Commercial Sales, Tom Ochinero.

Are you ready to learn what all the Dogecoin hype is about? Check out our latest Cryptocurrency Explained.

What Is Dogecoin & Why Is It So Popular?

Litecoin (LTC) has broken the $400 mark, reaching a new all-time high price of $414. This is the first time Litecoin has reached this level since it briefly broke $400 in December of 2017. Currently, the price of Litecoin has dropped slightly to around $350 per coin.

Litecoin is currently worth around $23 billion, making it the eleventh largest cryptocurrency by market capitalization. On this day last year, Litecoin was trading at around $42 - meaning that it has managed to increased its value by more than 740% since then.

What is Litecoin, and is it worth investing in? Check out the article below to learn more.

CoinFlip In the News