Should You Spend Your Bitcoin? CoinFlip Explains | CoinFlip Bitcoin ATM

The Pros and Cons of Spending Bitcoin 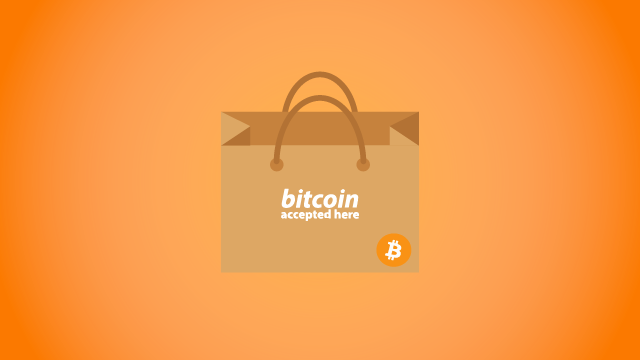 Over the last couple of years, Bitcoin has exploded in popularity as a new asset. It is being bought up by massive corporations and incorporated into new products by the world's biggest banks. Bitcoin's success so far, however, is nothing compared to what is to come. In terms of Bitcoin's mass adoption, we are only just getting started.

Using bitcoin as a method of payment is just beginning to catch on with companies like Tesla and Paypal normalizing its use at point-of-sale. But, is it a good idea to spend your bitcoin? What are the advantages and disadvantages of using your BTC for everyday purchases? Read on to find three pros and cons of spending bitcoin.

Bitcoin as a Medium of Exchange

Over the last decade, bitcoin has managed to secure its place as a store of value. Born in the aftermath of the 2008 global financial crisis, bitcoin's founders sought to create a new kind of money independent of the untrustworthy banks bailed out by unreliable governments.

Bitcoin has finally fulfilled its role as a safe store of value during 2020's COVID-19 crisis. As the United States central bank continues to print trillions of new dollars for economic relief, many have begun to realize that 1 USD in 2021 will not equal 1 USD in 2050. Unlike the US Dollar, Bitcoin was designed with scarcity in mind. There will only ever be 21 million BTC in existence, which means that 1 BTC in 2021 will still equal 1 BTC in 2050, 1 BTC in 2100, and so on.

The second phase in Bitcoin's journey to mass adoption entails being used as a medium of exchange for transactions. Using BTC for purchases is only just beginning to become more popular. With prominent names like Tesla and Paypal leading the way - more businesses are likely to follow suit. Should you spend your increasingly hard to come by BTC on everyday purchases?

Consider these three pros and cons before buying with bitcoin.

Should You Spend Your Bitcoin?

Bitcoin purchases are discreet. Unless you choose to share that you made a purchase with a third party, your bitcoin transaction is virtually untraceable, much like cash-only purchases. Your purchase can not be easily tracked by a bank or other prying eyes so long as your wallet address remains confidential.

Bitcoin's steadily increasing value means that you will be able to buy more goods with 1 BTC over time than you would with $1. Bitcoin is deflationary, meaning that its value increases over time while the USD is inflationary - losing value over time. Plus, spending your bitcoin adds increased value to the store owners that accept it. From this perspective, Bitcoin can be great to use in your local area because you are transferring value within your community.

One of Bitcoin's most significant benefits is that it allows you to be your own bank. With bitcoin, you have more autonomy over your finances than with fiat currencies. You control how you spend your money without any oversight from banks or governments.

Currently, bitcoin's average transaction fees are higher than ever. One bitcoin purchase at this time will cost you around $20 to $40, depending on the size of your transaction.

2. Your Purchase Could End Up Costing More Than It's Worth

Historically, it's been more profitable to hang on to any bitcoins you have than to let them go. You don't want to end up like Laszlo Hanyecz, who used 10,000 bitcoins to pay for two Papa John's pizzas in 2010. If he had just held on rather than buying pizzas, Mr. Hanyecz would have around $613 million today.

Any time you trade your bitcoin for something else, you must record your losses or gains and report them to the United States Internal Revenue Service. On Tax Form 1040, the IRS asks whether you have ever received, sold, sent, exchanged, or otherwise acquired any cryptocurrency. This means that every bitcoin transaction must be recorded, and additional tax payments may be required.

As Bitcoin's price continues to increase drastically, its use-case as an asset class may be outshining its ability to make payments. Due to Bitcoin's ability to hedge against inflation and its price volatility, you may want to consider using other cryptocurrencies to make purchases. Coins like Ether, Litecoin, Dash, and others may be stable in value and allow for faster and cheaper transactions than Bitcoin.

If you are interested in using your BTC to make purchases, check out this article: How to Spend Bitcoin