Which Cryptocurrency Is the Best to Invest in 2021? CoinFlip Listings Overview | CoinFlip Bitcoin ATM 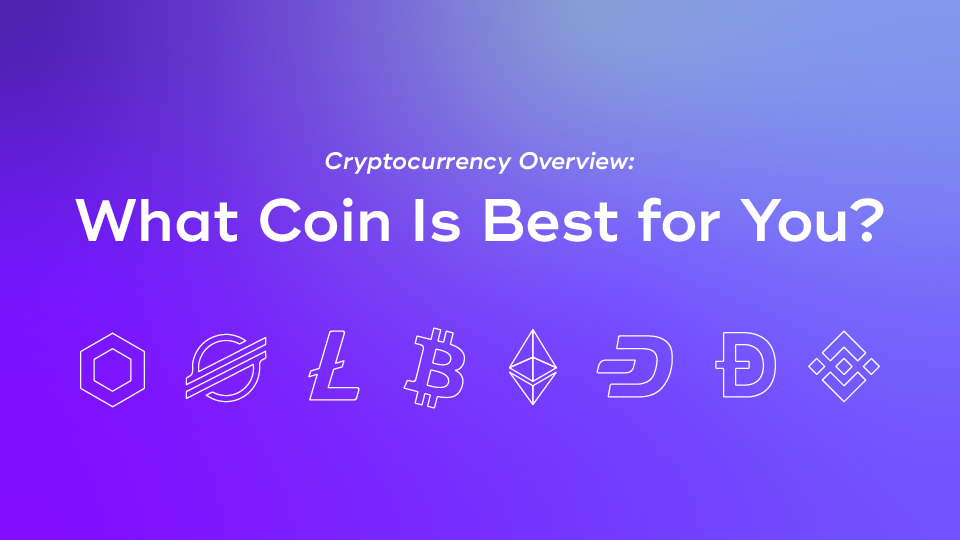 If you have heard of bitcoin, then you may have heard that it can be a great way to diversify your investment portfolio. But, did you know that many cryptocurrencies offer unique value propositions other than merely as a store of value? It's true. Each cryptocurrency brings something a little different to the table.

With more than 5,000 different cryptocurrencies out there, it is safe to say that most of them probably won't become something useful or profitable. Fortunately, CoinFlip has narrowed down the long list of cryptocurrencies to offer nine of what we think are the most worthwhile and trusted cryptocurrencies.

Which Cryptocurrency Is the Best to Invest in 2021?

Bitcoin (BTC) - Bitcoin is the cryptocurrency that started it all. Using a revolutionary technology known as "blockchain," Bitcoin is decentralized. It does not involve central banks or oversight from any third parties. As an investment, Bitcoin has outperformed any other asset class in the last decade. Due to its popularity and ability to hold and store value, Bitcoin is an excellent choice for first-time crypto investors. In the last year alone, Bitcoin's value has increased by 460%, from around $8,900 to $48,000 per coin.

Dogecoin (DOGE) - Dogecoin is our newest listing! What initially began as a meme currency has recently had a surge in popularity. Celebrities like Elon Musk and Snoop Dogg have been tweeting about it, which has led to an increase in the price of one DOGE. In fact, since the beginning of the year, Dogecoin has increased its value by 818.55% from less than a penny to a whopping $0.05. Beyond the humor in the memes and the Doge's cuteness, the coin can be useful for payments due to its low network fees - with an average of around $0.10 charged per transaction.

Ethereum (ETH) - Ethereum is the second-largest cryptocurrency based on market value. Ethereum presents itself as a worthy investment because it is used to facilitate the creation of Decentralized Applications. Ethereum has been gaining much popularity recently because it enables authentic collectibles through non-fungible tokens or NFTs. Investing in Ether is similar to casting a vote for a more decentralized internet. ETH has reached new all-time-highs in the last year and increased in value by more than 500%.

Binance Coin (BNB) - As the native token of the popular cryptocurrency exchange, Binance, Binance Coin is among the top five largest coins by market value. Investing in BNB is worth considering If you often use Binance Exchange because you get a 10% discount on trading fees if you pay with BNB. In the last year, Binance Coin's value has skyrocketed tenfold and is trading around $230 per coin.

Litecoin (LTC) - Litecoin is a bit of a cult-classic in the crypto-community and the top ten most popular coins by market value. Litecoin was created as a "lighter" version of Bitcoin, which means that it has faster transaction times and extremely low transaction fees at around $0.03 per transaction. Litecoin reached an All-Time-High price of $360 in 2017 and is currently worth about $175 per coin.

Chainlink (LINK) - Chainlink is unlike other cryptocurrencies because it is a platform that seeks to advance blockchain technology using its unique communication protocols. Chainlink's digital asset token, LINK, is used to pay for its unique oracle services on the network by creating smart contracts that can interact with real-world events and information that exists off-blockchain. Chainlink is the ninth largest cryptocurrency by value and is currently trading around $28.71, up more than 600% from last year.

Stellar Lumens (XLM) - Stellar seeks to simplify the process of cross-border payments by uniting the world's financial infrastructure so that money can be moved quickly and inexpensively between banks, businesses, and individuals. Stellar was created to enhance traditional economic systems rather than replace them. Stellar's native token Lumen is used to pay transaction fees on the Stellar network, which are always less than one cent.

USD Coin (USDC) - USD Coin was created to tokenize the US dollar and make it easy to use online and on the blockchain. It is a "stablecoin" that guarantees a single US dollar backs each USD Coin. Today, there is more than $8.7 billion worth of USD Coin in circulation, making it the 12th largest cryptocurrency by market capitalization.

Choose a Cryptocurrency That Best Suites Your Needs

Whether you are looking to cryptocurrency as an investment, or for sending funds to friends and family around the world, we have the coins you need. Purchasing cryptocurrency can seem overwhelming, but with CoinFlip it doesn’t have to be. We take pride in being the world’s most trusted Bitcoin ATM operator and strive to be as transparent as possible. We are big believers in the importance of cryptocurrency education and adoption.

If you’re just getting started with crypto, then I recommend checking out these other beginner-friendly articles: