The 5 Biggest Bitcoin Blunders of All Time 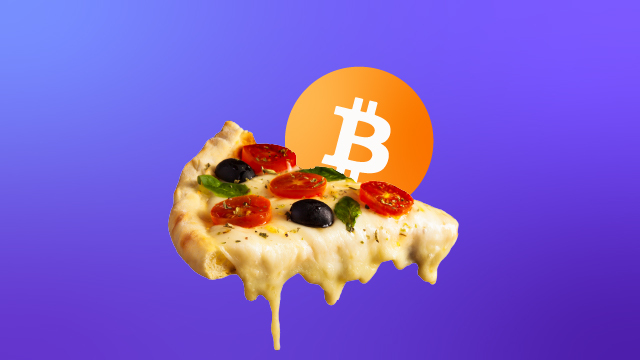 May 22 is a day that will forever live as one of the most notorious days in Bitcoin history - Bitcoin Pizza Day. It's a day that marks both the first use of BTC as an exchange for goods and a day when two Papa John's pizzas sold for 10,000 BTC - that's $400 million today.

As revolutionary and amazing as bitcoin is, its history is littered with plenty of mistakes and bad decisions. In honor of this momentous day, here are five of the biggest bitcoin blunders of all time - including the story of the most notorious pizzas in history.

The Guy Who Spent $400 million on Pizzas

On May 18, 2010, a man named Laszlo Hanyecz got a hankering for pizza. Logging on to BitcoinTalk.org, he made a post offering 10,000 BTC for a couple of pizzas. "...what I'm aiming for is getting food delivered in exchange for bitcoins where I don't have to order or prepare it myself," Hanyecz wrote.

At the time, Bitcoin was just over a year old and worth less than $0.01, so 10,000 BTC for a couple of pizzas sounded like a pretty good deal. Three days later, on May 22, Hanyecz checked back in to report his success - 10,000 BTC traded for two Papa John's pizzas. He even posted pictures and wrote that his one-year-old daughter loved the pizza.

While Hanyecz became the first person to trade BTC for a physical good, the purchase was an expensive one. If you factor in today's BTC prices, those two pizzas cost him about $400 million.

The Guy Who Sent $300 Million to the Dump

Three years after the Bitcoin pizza incident in 2013, a welsh BTC miner named James Howells had a laptop that suddenly went on the fritz. Sometime later, Howells didn't think much when he put the old computer in the trash during some spring cleaning. However, Mr. Howells didn't realize that the hard drive on that laptop stored the long-forgotten private keys to 7,500 BTC that were obtained in 2009 for next to nothing.

Eight years later, Howells has still not given up on his lost bitcoins. In January 2021, he offered his city $70 million to excavate the landfill where his hard drive is buried. Sadly, the city council rejected his offer citing environmental hazards.

While I'm sure Howells is still kicking himself for this blunder, he is not alone in his misfortune. It has been reported that nearly 20% of all bitcoins are forever lost.

We love Bitcoin because it gives us the freedom to be our bank and make financial decisions for ourselves. The fact that many of us have increased our net worth in some way doesn't hurt either. However, being one's own bank comes with a great responsibility to keep your funds safe - this means not accidentally tossing your BTC like Mr. Howells as well as keeping your passwords stored in a safe in a secure location - unlike our next bitcoin blunderer.

You may have seen the headlines earlier this year about the guy who can't remember the password to the hard drive that stores 7,002 BTC, worth around $280 million. That guy is Stefan Thomas, a German-born programmer living in San Francisco.

In 2011, Thomas was given 7,002 bitcoins for making a video explaining how Bitcoin works. Around the same time, he lost the digital keys to his wallet. After trying eight of his usual password combinations, Thomas has only two more tries before the harddrive, called IronKey, wipes clean. He has been racking his brain to figure out how to re-access the hard drive, even requesting the public's help.

Now onto the most severe blunder on our list. In 2013, Mt. Gox was the world's largest cryptocurrency exchange, handling around 70% of the world's bitcoin transactions. Then, in 2014 the exchange abruptly shut down its website, suspended trading, and filed for bankruptcy.

What was behind this sudden shutdown? 850,000 missing bitcoins. Mt. Gox announced that these bitcoins belonging to customers and the company had likely been stolen - worth around $450 million at the time and more than $34 billion today. While around 200,000 BTC have since been "found," many people lost a lot of money due to Mt. Gox's poor management over their website's code. An investigation into the incident in 2015 found that these bitcoins were stolen over a period of time dating back to 2011.

While extremely unfortunate, this event goes to show the importance of not leaving your precious coins in an exchange-hosted wallet. For maximum security, keep your crypto in a non-custodial wallet like the Trezor or BRD - but don't lose your passwords either!

The Company That Accidentally Gave Away Millions

Now onto our most recent blunder from just this week. BlockFi, the large crypto lending and trading platform, accidentally sent out millions in bitcoin during a promotional event. The promo was meant to reward users in USD stablecoins, but the company accidentally paid out BTC instead. Some users received 700 BTC, worth about $28 million.

BlockFi realized their mistake pretty quickly, but not before around 100 users withdrew the erroneous coins. BlockFi has threatened legal action to those withdrawing the BTC, which many have already returned.

While this situation has undoubtedly been a big mess for the crypto company, they have assured users that customer funds are safe and sound.

While these bitcoin blunders are a bit extreme, they do offer a lesson in protecting your coins and HODLing for dear life. Of course, Laszlo Hanyecz could not predict the future when he made his BTC pizza swap, but I'm sure he takes some pride in being the first person in history to make a purchase using cryptocurrency. Today, bitcoin is accepted at more than 15,000 businesses worldwide, but unless you want to end up like Laszlo, maybe it's best to hang on to your coins until the price steadies a bit. Are you looking for another way to celebrate Bitcoin Pizza Day? Buy a Bitcoin Pizza May 22-29 to support the Human Rights Foundation Bitcoin Fund. Disclaimer, you cannot purchase these pizzas in bitcoin. Maybe that is for the best.