Are NFTs Changing the Way People Think About Games? 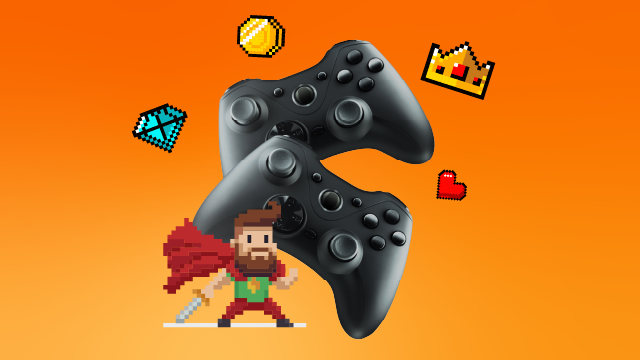 This time last year, you may not have even known what a Non-Fungible Token, or NFT, was, but in those intervening months, they have exploded in popularity, becoming almost inescapable in media coverage and as a topic of conversation. We have covered how NFTs took the art world by storm at lightning speed, so it’s only a matter of time until other industries adopt them as well. One such industry that seems poised to do so is gaming. But before you start thinking of tracking down a crypto ATM near me with some of those in-game winnings, read on about how the gaming industry is adopting this revolutionary technology.

Why Gaming and NFTs Are a Natural Pair

In 2020 alone, the video games industry raked in a staggering $180 billion globally: a higher profit than movies and all of the sports in North America combined. And because of the online cooperative nature of modern video games, many of which feature in-game purchases, NFTs may very well be the next logical frontier. According to cnet, over $90 billion was spent on video game microtransactions last year. One notable gaming giant has already taken a first stab at it.

In December 2021, Ubisoft, the company behind mega-franchises like Assassin’s Creed and Far Cry, integrated NFTs into the multiplayer shooter game Ghost Recon Breakpoint. The main distinction between video game NFTs and the kind of downloadable content customers have been buying in the games themselves for years is the blockchain, which gives players more control. What this means is that publishers of video games can’t pull the plug on blockchain assets by shutting down a game or removing features therein. In-game NFTs exist beyond the lifespans of games and retain value. For instance, a rare in-game item can be taken off the platform and sold elsewhere. In-game tokens can be converted into cryptocurrencies like Bitcoin or ether.

In Breakpoint, players can own NFTs called "Digits" independently of the game through Ubisoft’s platform called Quartz. Because the Digit is a digital asset minted on a blockchain, it's stored in a player’s digital wallet rather than on Ubisoft's servers. If a Digit becomes in-demand and increases in value, that player can sell it on a third-party marketplace. The presence of NFTs in video games offers players true ownership of the valuable in-game items. Video games are, after all, their own sort of metaverse.

The gaming community is known for their outspokenness - they do not shy away from giving (often impassioned) customer feedback. Their reaction to Ubisoft’s decision to wade into the waters of NFTs was distinctly negative. Addressing the initial backlash, Ubisoft Strategic Innovations Lab VP Nicolas Pouard said, “I think gamers don't get what a digital secondary market can bring to them.” To those looking forward to the incorporation of NFTs into gaming, the benefits are apparent. It allows gamers the opportunity to resell their items once they're finished using them, or finished playing the game itself. Blockchain gaming introduces the notion of a “play-to-earn” model - one might see it as a return-on-investment for the (often hundreds of) hours spent playing the game.

The Future of NFTs and Gaming

But the reaction Ubisoft received to Breakpoint has made other gaming corporations cautious about how they will proceed with NFTs. Management at Sega reported that they wouldn't pursue NFTs if the approach was seen as solely a money-making venture. Sega CEO Haruki Satomi went on to express the company’s need to “carefully assess many things: such as how we can mitigate the negative elements, how much we can introduce this within the Japanese regulation, what will be accepted and what will not be by the users.”

Similarly, the head of Microsoft’s gaming division expressed wariness towards NFTs. Steam, one of the world’s largest video game distribution companies, outright banned them. But many see such early rejection of the technology as a knee-jerk reaction that will, as the technology develops and usage spreads, come to pass. Michael Pachter, a video game analyst with Wedbush Securities, put the hesitations in these terms: "We're trying to describe Amazon in 1993, before it was created.” That is, NFTs are still such a new frontier, most people don’t understand the value of what they now oppose. Nonetheless, according to recent surveys, more than half of game developers are interested in NFTs and blockchain technology.

And for a bit more perspective, Twitch co-founder Justin Kan tweeted his thoughts on the game-changing potential of NFTs by saying they’re “way bigger” than Twitch – a live-streaming platform with millions of users. Kan has even speculated that the future of NFTs within gaming could morph into a mature market where people can secure loans using the NFTs in their collections as collateral.

It’s evident that the gaming industry is primed and ready for seamless integration of NFTs to their products, and the potential benefits for gamers are significant. But as with all things in the world of video games, it is ultimately the customers who will decide what kind of role NFTs will play.