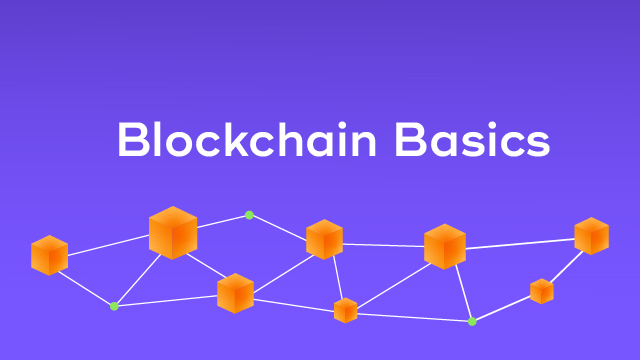 In 2018, CoinFlip's CoFounders Daniel Polotsky and Benjamin Weiss visited Polotsky's alma-mater, Northwestern University, to teach a pop-up course on Bitcoin and Blockchain basics. For Polotsky, this was an extraordinary occasion. Northwestern is where it all started for him - where he studied economics and Russian and founded his Bitcoin ATM business, CoinFlip.

What is Blockchain Technology?

Instead of relying on a central server like the internet, the blockchain relies on a network of independent computers that verify each new transfer of data. This lack of central authority is one of the most powerful aspects of blockchain - they are decentralized. Blockchain uses principles from the mathematical field of cryptography to allow each node on any given network to manage the ledger securely without the need for a central authority to enforce the rules.

How Does Cryptocurrency Tie Into Blockchain?

Bitcoin's blockchain has a rule encoded in it that says there is a maximum number of Bitcoins that will ever exist - 21 million. By setting a limit, Bitcoin becomes scarce and therefore valuable. “Think of Bitcoin as digital gold,” Weiss said. “It’s a monetary system that is completely digital, but still has the properties of gold that are so beneficial.”

Computers called "miners" are incentivized to earn bitcoins by "mining" or adding new blocks to the blockchain. Each block on the Bitcoin blockchain is composed of a list of around 500 recent transactions. To add a new block to the chain, miners have to solve a cryptographic puzzle based on those transactions and other factors. With Bitcoin, these puzzles require highly specialized computers, while other cryptocurrencies do not require such intense computing requirements. Once the puzzle is solved, the miner that got it right broadcasts that they have added the block. Every time a miner adds a new block to the chain, they are rewarded in Bitcoin. These rewards are how new BTC are introduced into the ecosystem.

Part of the Bitcoin blockchain puzzle includes verifying that all the transactions are accurate and that each sender actually has the amount of BTC they are sending. As new blocks of transactions are strung together, they created a chain - the blockchain. Once a block is added to the chain, it cannot be deleted or changed - blocks are permanent. They cannot be tampered with or erased, and no one can change the blocks' original order. The chain only moves forward in time.

Constant verification and permanence are essential to the Bitcoin blockchain because it means that when you go to, say, a CoinFlip ATM and sell your cryptocurrency, you can't sell that same cryptocurrency twice because the first transaction will have already been verified and added to the blockchain. If you tried to sell the same crypto, it'd be clear to every computer in the network that it was a fraudulent transaction because every computer in the network has already agreed that you've sold that crypto.

Visualizing the Benefits of Cryptocurrency

The inspiration for launching CoinFlip, as Polotsky explained in the course, was that not everyone in the United States enjoys the same convenient access to banks. Some areas in the United States are banking deserts, meaning there are no convenient banking locations nearby. Some groups experience discrimination by banks and are not able to use their services for various reasons.

In other places globally, sending and receiving money is a cumbersome and expensive process vulnerable to fraud. Blockchain and cryptocurrency can help solve these problems because it doesn't require a trustworthy central authority, like CitiBank or Well Fargo, to verify transactions. Instead, a user can walk up to a CoinFlip ATM and convert their cash to crypto securely and safely. This way, their funds are stored in a digital wallet, safe from being lost, stolen, or somehow destroyed. If they wish, they can send their crypto to anyone, anywhere in the world, for much cheaper than typical money transfer services.