Why Crypto Isn't a Regulatory Wild West - Flip Thru 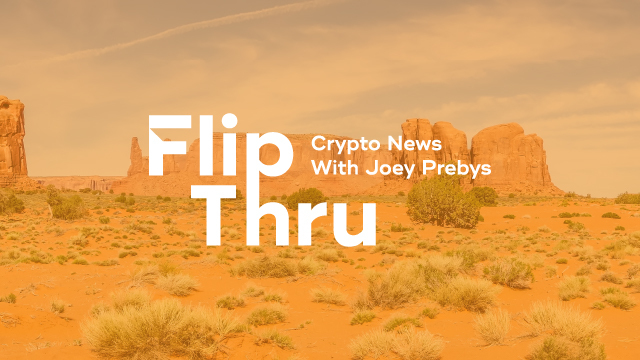 Today we are taking a look at one of the crypto industry's most common misconceptions - that it is just a financial free-for-all operating away from the purview of regulators. A new report sheds light on why that simply isn't true.

But first, let's take a look at the latest development in China's crackdown on crypto and how it is affecting crypto market prices.

China Doubles Down on Bitcoin Ban

China has once again tightened its grip on its crypto crackdown. This time, the country's central bank, the People's Bank of China, has called on prominent financial institutions to enforce a ban on Bitcoin-related services. Banks have been ordered to identify and stop payments from accounts to institutions performing bitcoin-related activities.

This is China's first attempt at directly preventing individuals from accessing crypto. But other restrictions against trading and mining have been enforced in the past.

Over the last month, China has dramatically intensified its crackdown on bitcoin mining, stating environmental concerns as a driving factor. The ban started with one of China's most coal-dependent regions, Inner Mongolia, and has most recently moved on to a province rich in hydro-based renewable energy, Sichuan.

Local authorities in the area have been instructed to shut down 25 companies that have been identified as potential crypto mining businesses. As Chinese miners are forced to power down, Bitcoin's overall hash rate has dropped significantly, dropping 46% since reaching its peak level in mid-May.

While China's crackdown on Bitcoin is extremely unfortunate for the people who live there, others believe that it means Bitcoin is working exactly as it should. One US-based crypto miner told CoinTelegraph that being banned in China is like a right of passage for free technology and mentioned that Facebook and Google are also prohibited in the country. "It's making nations shiver in their boots," the miner said.

China's intensified crackdown on crypto has taken a toll on Bitcoin's price, as it hovers around the low $30,000s. CoinDesk reports that analysts are divided on BTC's next move - some predict a return to the $40k mark. In contrast, others believe that demand is too weak and further declines are likely.

While price predictions remain divided, a seemingly sinister symbol has presented itself in Bitcoin's price charts - the death cross. The death cross presents itself when the average price over the last 50 days fell below its 200-day moving average.

The death cross could be a sign that more price drops on the horizon, but maybe not. Another death cross on Bitcoin price charts presented itself in March 2020, yet the market went on to have its best year in history.

The United States Securities and Exchange Commission released its 2021 Regulatory Agenda. Surprisingly, any mention of crypto is nowhere to be found. Instead, it appears that the SEC will be focused more on topics surrounding climate change, swaps, and SPACs.

Many believe that the lack of crypto clarity on the agenda is thanks to SEC Chairman Gary Gensler's crypto-friendly past. Hopefully, this decision to avoid building out more robust crypto regulations will put an end to any fear, uncertainty, and doubt that the U.S. will approach crypto with the same harsh vigor as China or aggressively attempt to push a central bank digital currency.

While the SEC won't be tackling Bitcoin-specific regulation in 2021, a recent report from Elliptic, a crypto compliance solutions firm, finds that crypto is not exactly the unregulated wild west that many believe it to be. In fact, U.S. regulators have handed out $2.5 billion in fines for crypto-related violations since 2014.

Fines from the SEC account for most monetary penalties for crypto violations, accounting for $1.69 billion or 67%. The Commodities Futures Trading Commissions (CFTC) handed out 25% of crypto penalties, the Financial Crimes Enforcement Network (FinCEN) handed out 7% of fines, and the Office of Foreign Assets Control at just 2.4%.

The findings of this report prove that crypto is far from a regulatory free-for-all. U.S. regulators have found ways to use existing financial laws to stop and punish illegal activity within the crypto market.