How Inflation Worsens Economic Inequality (and How Bitcoin Can Help) 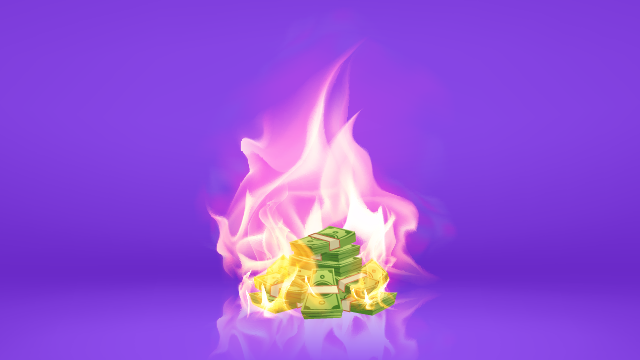 Suggested Reading: How Bitcoin ATMs Helped One Person Lift Themselves Out of Homelessness

Inflation is on the rise in the United States. Essentials like food, clothing, transportation, and housing are progressively becoming more expensive and at a faster rate than usual. Since August 2020, prices have increased by 5.3%, according to the latest data from the US Bureau of Labor Statistics. To add some perspective, the general increase in prices averaged under 2% per year in the ten years leading up to the pandemic.

Inflation, a word used to describe the general rise in price and the decline in the purchasing power of money, generally does not bode well for any healthy economy, especially an economy like the United States where economic inequality is already a huge issue. Federal Reserve data shows that as of Q1 2021, the top 1% of households in the United States hold 32.1% of the country’s wealth while the bottom 50% holds only 2%.

This disparity has steadily increased throughout the pandemic, partially due to the higher than average inflation over the past 18 months. Inflation worsens economic inequality by pushing middle and low-income families further into poverty. Bitcoin and other cryptocurrencies present a promising solution for hedging against the effects of inflation and may be a helpful tool for middle and low-income families to preserve their wealth.

Before we get into how Bitcoin can help during times of high inflation and economic inequality, let’s look into what exactly is going on with the United States economy.

Why has there been higher than average inflation in the United States?

Inflation can happen when the money supply grows faster than a country’s economic output which is exactly what happened in 2020 due to the COVID-19 pandemic. For several months, the economy was brought to a halt, with businesses forced to shutter their doors, leading to low levels of production. Our economy is still faced with some restrictions today and certain industries are still not performing at peak productivity.

A drastic drop in economic output from businesses and a sharp increase in the currency in circulation creates the perfect storm for increased inflation rates. According to the Federal Reserve, the increased inflation we are currently experiencing is merely a temporary symptom of the economic crisis, and that prices should subside in 2022. However, it is too soon to say whether the Federal Reserve’s expectations will be correct and some economists fear that that might not be the case.

How does inflation worsen economic inequality?

As inflation increases, the value of the US dollar weakens. People with higher incomes can typically offset these increases because they are much more likely to get inflation-based raises at their jobs every year. Unfortunately, for people with lower incomes, this is not true. This is made evident by the fact that the federal minimum wage of $7.25 per hour has not increased since 2009. Over the last 12 years, prices have increased by an average of 27.52%, so that $7.25 worth of goods and services in 2009 would cost $9.24 today.

Sadly, the effects of inflation are actually much grimmer than average baseline statistics show. Research has shown that the negative effects of inflation disproportionately impact low-income households. The prices of lower-cost goods and services increase more quickly than goods marketed to wealthier families. This phenomenon is called inflation inequality.

Inflation inequality is exacerbated by income inequality. As high-income families increase their wealth, businesses do their best to appeal to the disposable income of these people. In doing so, they begin to offer products and services at a price lower than the inflation rate to cater to these consumers’ preferences. At the same time, lower-income families experience higher inflation rates among low-cost goods like generic medications and low-cost groceries.

Inflation impacts various groups differently based on their socioeconomic status, further driving middle and lower-income families into poverty and widening the already egregious wealth gap in this country.

Bitcoin: a Solution to Rising Inflation (and Economic Inequality)

Unlike the United States money supply, Bitcoin has a fixed limit of 21 million coins. This limited supply means that Bitcoin’s value resists inflation. In fact, Bitcoin’s value is actually deflationary, meaning its purchasing power is more likely to increase over time. Bitcoin’s scarcity is why some consider it to be an effective hedge against inflation.

The financial impact of the COVID-19 crisis has created a unique set of conditions to test Bitcoin’s ability to be used as an inflation hedge. Since the beginning of 2020, the US dollar has lost 5.6% of its value, while Bitcoin, on the other hand, has increased its value by more than 555%.

Now, if you had invested that check into Bitcoin, your $1,200 investment would be worth $8,421 today because the value of Bitcoin has increased by 602% since then. So, not only has Bitcoin created a safe way to preserve the value of money throughout the pandemic, but it has also provided ways to increase purchasing power by stretching the value of the dollars.

This is just one example of how Bitcoin helps combat economic inequality. Bitcoin allows for people to participate in the financial ecosystem with virtually no barriers to entry. It allows for easy access to financial services to people that are barred from owning a bank account. It makes cross-border payments and money transfers affordable and easy. It is censorship-resistant and seizure-resistant.

Inflation is on the rise in the United States and there is no telling when it will return to average levels. Increased inflation worsens economic inequality because it disproportionately impacts middle and low-income families, pushing them further into poverty.

Based on Bitcoin’s performance compared to the US dollar throughout the COVID-19 pandemic, Bitcoin presents a promising solution to mitigating the negative effects of inflation and lessening economic inequality.