How Cryptocurrency Can Empower Migrant Workers 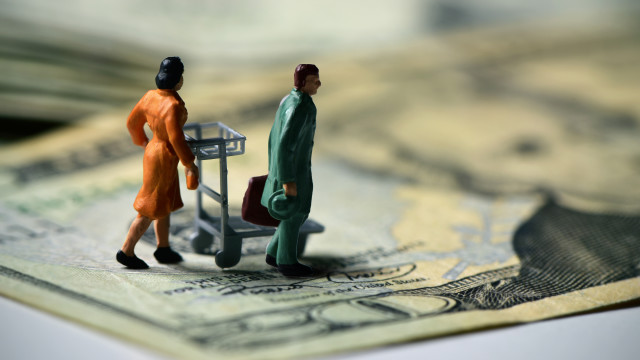 Every year, more than 1 million migrants enter the United States searching for a better life for themselves and their families. Most of these people come from places with few job opportunities. They are lured to the United States by the perception of economic prosperity. Many of these migrants leave their families behind with promises to send money back once they’ve landed a job. However, while sending money home is crucial for migrant workers, it is not always easy.

The majority of the United States migrants come from Latin America - particularly Mexico. In 2018, around 11.2 million migrants living in the US were from Mexico, accounting for 25% of all US migrants.

Beyond the challenges of acclimating to new environments and language barriers, international money transfers can be quite expensive. These expenses add to the strain of what is often an already fragile financial condition.

Hispanic households in America are more likely to be excluded from the traditional banking system than white families. According to the Federal Reserve, 11% of Hispanic adults are unbanked, meaning they do not have a bank account. 23% of Hispanic adults are underbanked, meaning they have a bank account and use an alternative financial service product for necessary transactions. These alternative financial service products include the use of expensive remittance services.

Sometimes because of legal statuses, migrant workers have an even harder time accessing traditional financial services. Most migrants enter the US legally, but almost 25% are undocumented, meaning they do not have the appropriate documentation to lawfully reside in the country, making it difficult to open a bank account. Legal status puts an even more significant strain on the process of sending money back home to support their families.

Until recently, the options to send money internationally were limited to a handful of expensive routes. People that are unbanked were forced to use international remittance services like Western Union or MoneyGram, which charge exorbitant fees, sometimes more than 10%. Those with bank accounts could use their bank to send money, but most banks charge upwards of $45 to make international wire transfers. Not only are these options expensive, but they are slow, taking days for the funds to be received abroad.

Remittances, or the transfer of money from migrants to their home countries, are crucial for the global economy. Approximately 800 million people worldwide are supported directly by remittances from loved ones abroad. In 2018, the global remittance market was valued at $682.60 billion, and it is projected to reach $930.44 billion by 2026.

FinTech has changed remittances for the better

Fortunately, FinTech has revolutionized the remittance industry. Advances in FinTech and innovation in cross-border payments have directly impacted 164 million migrant workers worldwide by making remittances faster and more cost-effective than ever before. In 2020, Western Union does not even make it to the list of top 10 remittance companies. Now, people around the globe are choosing FinTech remittance services like TransferWise and WorldRemit over any other.

However, while these companies bring greater convenience to the international money transfer space, migrants are still trusting these companies to send the money for them. A significant downside of relying on a third-party company to transfer money for you is that your transactions are at risk of being frozen or stopped due to what is considered suspicious activity. Also, these companies hinder migrant’s abilities to send money quickly and cost-effectively simultaneously.

Cryptocurrency cuts out the middleman

When migrants send money internationally through TransferWise or WorldRemit, they are subject to the company’s rules and regulations. Bitcoin and other cryptocurrencies circumvent this centralized control.

With Bitcoin, you can send money to anyone, anywhere in the world, for around $5. With other cryptocurrencies like Litecoin, Ethereum, and Dash, the fees for making a transaction are considerably low, sometimes even less than one cent.

Additionally, to use a service like TransferWise or WorldRemit, the money sender needs to have a bank account. As I mentioned before, many migrant workers do not have access to traditional banking accounts. But, if you’re using cryptocurrency to send money abroad, you don’t need a bank. Migrant workers have the option to convert their cash to cryptocurrency by using a Bitcoin ATM.

All that is needed to send cryptocurrency is an internet connection and digital wallets for the sender and the receiver. To cash out, the recipient can use an over-the-counter service like LocalBitcoins to exchange, or they can deposit their crypto into an exchange like the Mexican exchange Bitso.

While you can send cryptocurrency to a wallet anywhere globally, it is not always easy for the recipient to exchange those funds into cash, especially when sending to Latin America. In Latin America, more than 45% of people are unbanked, according to the World Bank. In Mexico, those numbers are even more drastic, with 63% of people unbanked.

The poor financial infrastructure in home countries poses an additional challenge when trying to get money into the hands of loved ones while working away from home. Yet, earning money abroad to send home is extremely important. The World Bank estimates that 1.7% of the total GDP in Latin America comes from remittances. In 2020, Mexican workers in the United States sent home $3.56 billion in remittances, an increase of 11% from the previous year.

To cater to many people without bank accounts, Mexican crypto platforms like Bitso usually offer multiple withdrawal methods that include transferring funds directly to your mobile phone or a digital coupon to avoid bank deposit fees.

Looking to the future

It will take time for crypto to become the most popular method of international money transfer. Still, as it stands, the future looks promising. Cryptocurrency has the potential to empower migrant workers in the United States to have full control over sending money to loved ones in their home country.

In the US, migrant workers are often excluded from the financial system. In their home countries, their families lack a stable banking infrastructure. Cryptocurrency solves both of these problems by allowing people to be their banks, make international money transfers on their terms, and do so without any centralized oversight.

A major hurdle for mass adoption of crypto remittances is the lack of understanding of how cryptocurrency works. Nevertheless, many are starting to wake up to the benefits of cryptocurrency and how it can revolutionize remittances and the financial sector at large.