So Doge Much Wow Very CoinFlip 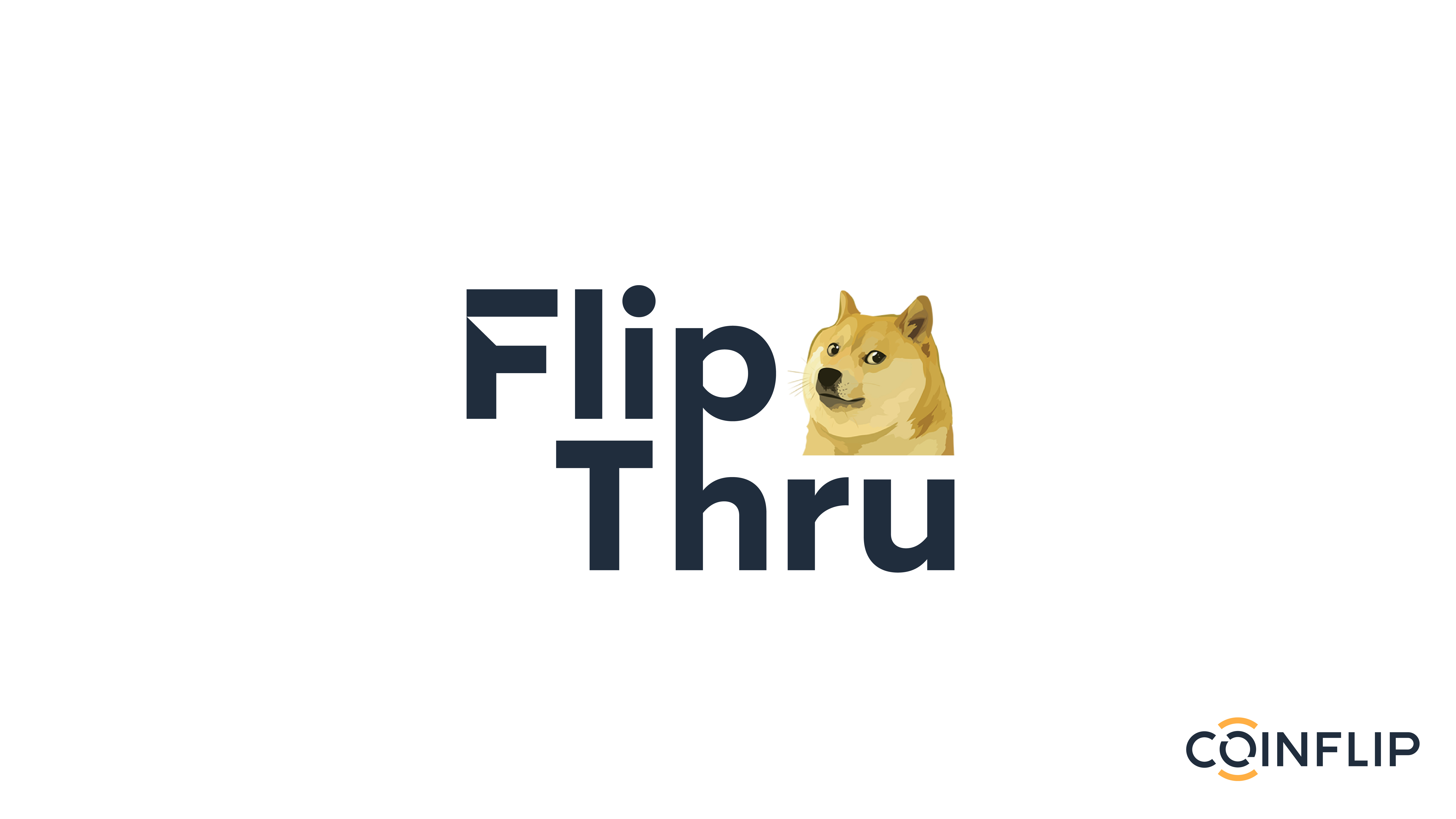 CoinFlip now offers Dogecoin! What is it? Where did it come from? Is it worth it? I've got you covered in this week's Flip Thru.

CoinFlip is very excited to announce that we have listed Dogecoin on all of our ATMs! While we are still working on placing our Doge ATMS in Tesla stores (Elon, pls respond), you can buy DOGE with cash at any of our 1,800 CoinFlip locations nationwide.

So Doge Much Wow Very CoinFlip

If you are a person of the internet, which you must be because you are reading this, then you have probably heard about Dogecoin. It has been popping up all around the internet paired with rocket emojis, Shiba Inus, and Elon Musk tweets.

Amid the recent WallStreetBets stock market frenzy, Elon Musk tweeted this image of a dog on the cover of a "Dogue" magazine - a tweet that skyrocketed the value of Dogecoin by 800%.

Many call Dogecoin the biggest "meme investment" of 2021. Meme investment is a combination of words that I never expected to write in my lifetime. However, it is a concept that I feel perfectly characterizes the year so far in terms of finance.

What is DOGE? Can a meme investment be worthwhile? Will Dogecoin live up to all the hype? This week, I'm exploring everything you need to know about Doge.

Dogecoin is a cryptocurrency introduced in 2013 that features the Shiba Inu dog's face from the "Doge" meme - the most popular meme of 2013 as ranked by Wired.

Dogecoin was born of a joke after one of its creators, Jackson Palmer, tweeted out, "Investing in Dogecoin, pretty sure it's the next big thing" to be funny. After an unexpectedly positive reception to what was intended as a laugh, Jackson and his partner Billy Markus decided to make it a real thing.

DOGE's origins are lighthearted and fun, as were its original uses. Back in 2013, it was used for micro tipping online. People across social media platforms like Reddit would use Dogecoin to show appreciation. Dogecoin became one of the earliest examples of how the content creation space could be monetized by crypto.

Some say that because Dogecoin was initially presented as a joke, it makes the cryptocurrency more accessible than others that seem serious and overwhelming. Plus, Doge has such a strong and supportive community behind it. Dogecoin's loyal fanbase offers a lesson never to dismiss the power and enthusiasm of passionate online communities.

Does DOGE have real value?

Despite all of the hype, Dogecoin was never really intended to have much intrinsic value. Unlike Bitcoin, there is no end to how many DOGE will ever be minted, which means that the coin's value could decrease as more enter circulation. Dogecoin's network is based on Litecoin's code which was derived from Bitcoin's code. This means that Bitcoin is Dogecoin's grandpa, and I think is cute. However, despite some similarities, there is one notable difference between DOGE and the others - the number of coins ever to exist. Bitcoin is known for its scarcity - there will only ever be 21 million BTC created. Litecoin is similar but times four, so there will only ever be 84 million LTC to exist. Currently, there are 128 billion Dogecoins in existence with no intention of capping the amount to be created. This amount is already significantly higher than the amount its predecessor expected to bear of their lifetimes. Each year, the amount of Dogecoins is set to increase by 5 billion. As more coins are mined over time, the number of DOGEs being minted will represent a smaller portion of the overall total of Dogecoins. This kind of year-by-year predictability means that eventually, DOGE could become a stable currency with little inflation.

Is DOGE a worthwhile investment?

With gains of more than 830% since the beginning of the year, DOGE seems like an excellent investment option. Since January, Dogecoin has gone from fractions of a penny to a whopping $0.05. However, DOGE's value seems to be linked to its chatter on social media. Dogecoin was initially presented as a joke, but recently, it has paradigm-shifted itself into a symbol of small league investors. The rise in the popularity and price of Dogecoin means that developers and entrepreneurs will take it more seriously and contribute to the project to create a positive feedback loop that increases its popularity. Because of the way DOGE has been designed to increase its supply over time, many say that it could turn into a real currency for spending rather than hoarding. Bitcoin has its HODL culture, which means that as BTC's value increases, people are less likely to give up their coins. Doge sort of counteracts the HODL mentality by throwing scarcity out the window. This gives Doge a pretty unique use case as a functional currency for everyday transactions.

Perhaps one of the best qualities of Dogecoin is its heart. Not only are doge fans known for being sweet online, but some even say that DOGE stands for "Doing Only Good Everday."

Beyond creating a friendly online community, Doge is committed to making the world outside a better place. Because it was not created to make tons of profit, its creators use any press, fame, and profit for a good cause.

The Dogecoin Foundation is a non-profit organization created by the Doge community to promote Dogecoin for goodwill, promotional, and charitable endeavors. Dogecoin Foundation has helped with a clean water initiative in Kenya, an organization that provides service dogs to children with special needs, and even helping the Jamaican Bobsled Team get to the Olympics (yes, for real).

My take on Dogecoin

The more I research Dogecoin in preparation for this newsletter, the more I love it. I love to see such a strong community of folks being nice to each other and preaching kindness. Dogecoin radiates positivity, and I think that is something we can all appreciate right now.

I love that Dogecoin all about people coming together for something they believe in! The Doge community is like nothing else out there. Dogecoin's popularity goes to show what can happen when people work together towards a common goal. I'm excited to see the way this story continues.

Are you thinking about getting some Dogecoin? Head to your closest CoinFlip ATM today to get yours!