The Ethereum Merge: What You Need to Know 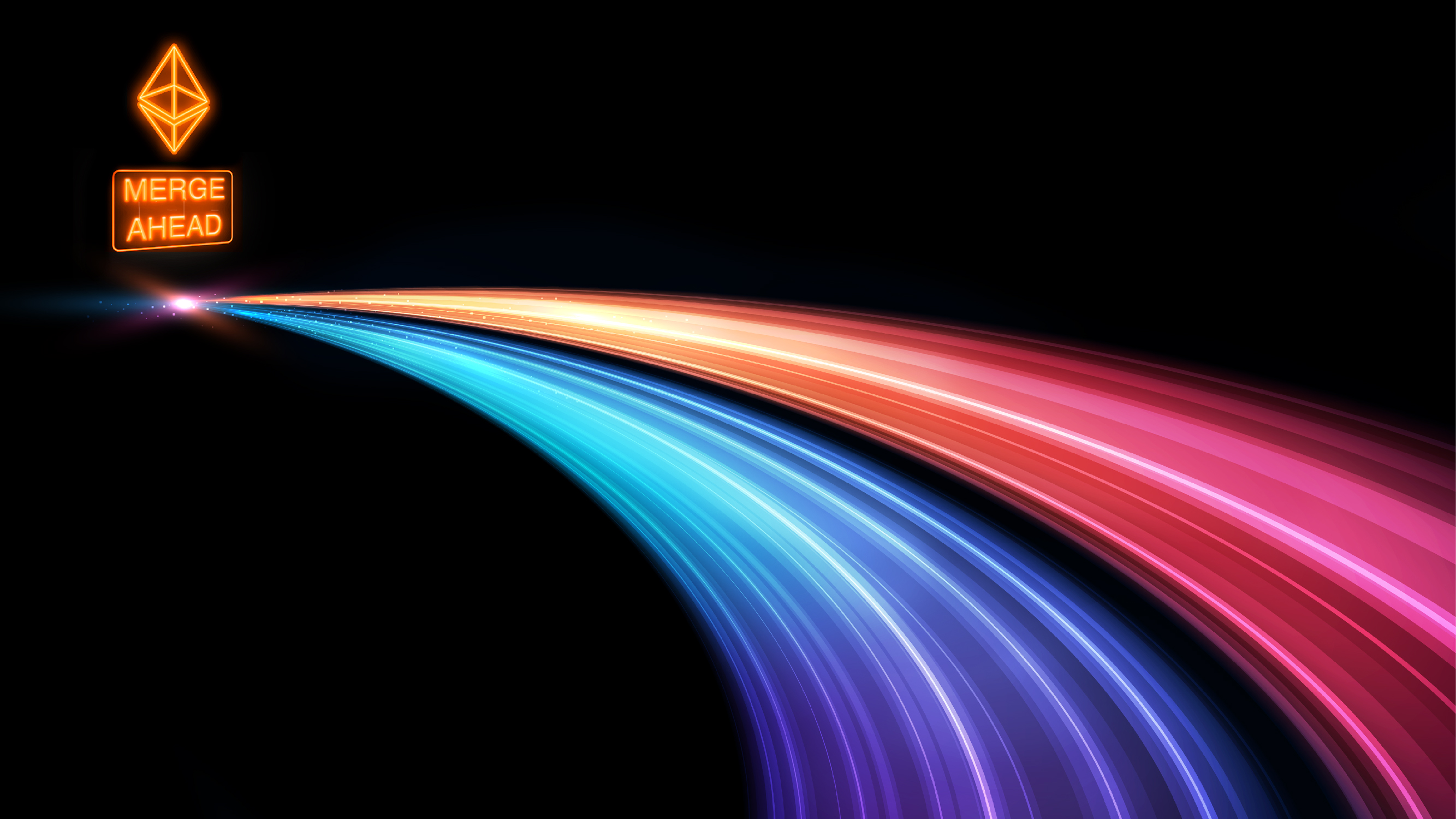 The crypto community is watching a very significant update to the ethereum network. This upgrade has been dubbed “the merge” because it aims to merge the network's existing proof of work execution layer to a proof of stake consensus mechanism. Ethereum network developers anticipate the merge will happen in September 2022.

Taking a step back, you may ask “What is Ethereum?” Ethereum is a decentralized, open-source blockchain used to create decentralized applications (dApps) and smart contracts. Ether (ETH) is the native token of the ethereum network.

Talking about software upgrades, consensus mechanisms, execution layers…this topic is pretty technical. But why does it matter? For some, the technical aspects are reason enough to learn more about the merge. For others who are into trading cryptocurrency, particularly ETH, the technical aspect may be an afterthought because they’re focused solely on the price of ETH. But if recent price action is any indication, the market will likely react in some shape or form to news of a successful merge in mid-September of 2022.

So, without verging too much on the technical side, here’s a rundown of everything you need to know about the Ethereum merge.

The Ethereum Merge: How We Got Here

When the ethereum network launched, it was constructed on something called the Mainnet and this network was underpinned by a proof of work consensus mechanism. This means individual CPUs, or nodes, are solving complex mathematical equations and contributing those solutions, aka blocks, to the ethereum blockchain powered by the Mainnet. Miners get rewarded in ETH tokens in the original model. However, the new model will be a proof of stake consensus layer, which is actually already in place.

The Beacon Chain, launched in December 2020, is the new consensus layer for ethereum that runs on proof of stake. The merge is the critical moment when the two consensus layers — the original Mainnet and the newer Beacon Chain— are merged into a single method for block production on the ethereum blockchain.

The advantages of merging fully onto the Beacon Chain and its proof of stake model are touted by the Ethereum Foundation as:

Does this make ETH a deflationary asset? The issuance rate for ETH is expected to drop close to 90 percent post-merge. Additionally, a mechanism known as the “burn” was introduced in an August 2021 update. The “burn” comes into play for a mandatory fee that gets charged for transactions on the ethereum network. Effectively, the amount of ETH charged in fees gets burned or taken out of circulation. This burn cycle further reduces the overall amount of ETH in circulation.

Proof of Stake vs. Proof of Work

How does proof of stake work? Proof of stake requires individual computers on the network, aka nodes, to contribute new blocks or validate blocks put forward by other nodes. Imagine a classroom filled with students and a teacher at the head of the class. With each question posed by the teacher (the proof of stake consensus mechanism), every student (all the nodes on the network) raises their hand to answer. The teacher will randomly call on one student to give the answer, but meanwhile, other students in the class listen carefully to make sure the answer given is correct.

Instead of a race to create more high-powered computer rigs that crack complex mathematical equations and create new blocks, it’s a broader system of validation and trust created by the proof that individuals have a stake in the future of the ethereum network.

But proof of stake also considers how many tokens are held by individual nodes, giving greater priority to those with more staked tokens. With the Beacon Chain, the minimum amount of staked ETH required to propose new blocks is 32 ETH. Nodes with less staked ETH can still become validators on the network, but they cannot introduce new blocks. That may seem like a high barrier to entry for many individual holders or stakers, but investors can join groups of ETH holders to form staking pools.

An important note for those crypto investors who have staked their ETH: newly issued ETH will remain locked and illiquid on the Beacon Chain for at least 6 months after the merge. This is intentional. Investors will be able to withdraw staked ETH once the Shanghai update occurs, according to the Ethereum Foundation. The Shanghai upgrade is the next major upgrade to the ethereum network following the merge.

More reading: Proof of Stake vs. Proof of Work. What’s the Difference?

There are many technical differences between the two largest cryptocurrencies on the market. There are even some philosophical differences between the people who prefer to hold one versus the other, but that’s a different article. The main difference is that bitcoin (BTC) is viewed either as a transactional currency that can be exchanged for goods or services, or it’s seen as a digital asset that has inherent value thanks to its limited supply.

On the other side, ethereum has more utility than just the crypto token ETH. Ethereum can be used for transactions, but it’s also a technology that supports dApps and smart contracts. Ethereum was created as a platform that allows developers to build blockchain applications. Bitcoin has greater value per coin than ETH – for now.

The total amount of BTC will be capped at 21 million, while there are currently no caps in place for ETH.

What Happens After the Ethereum Merge?

Critics of cryptocurrency have been particularly focused on energy-intensive crypto mining rigs that are involved in proof of work consensus mechanisms, which power bitcoin and the original ethereum network. But with the ethereum merge, much of the criticism over ethereum’s energy usage may be tamped down as it transitions from proof of work to a proof of stake blockchain. Developers predict that the ethereum network will be able to lower energy consumption by as much as 90 percent post-merge. That’s pretty substantial.

Faster transaction speeds are another potential upside to the network’s switch to proof of stake. There is also a plan to create “shards” on the ethereum network after the merge to Beacon Chain is complete. This will break the network down into smaller clusters, which can be dedicated to specific functions, making it more scalable and more efficient overall.

Perhaps the greatest question on the minds of retail investors and ETH holders is “What will happen to my ETH after the merge?” It’s a valid question. But the short answer is: nothing. There will be no need to upgrade or switch wallets post-merge, according to the Ethereum Foundation (but it’s always a good idea to read up on the value of self-custodial wallets).

All transactions recorded on the ethereum network going back to 2015 will remain intact, according to the Foundation. There is potential for scammers to take advantage of the misconceptions and confusion around the merge, so ETH holders should be wary of solicitations to “upgrade” their ETH into a new token. All tokens created before or after the merge will remain ETH.

Still have questions on the ethereum switch to proof of stake? Sign up for the CoinFlip newsletter to stay in the loop about major crypto news and other updates.