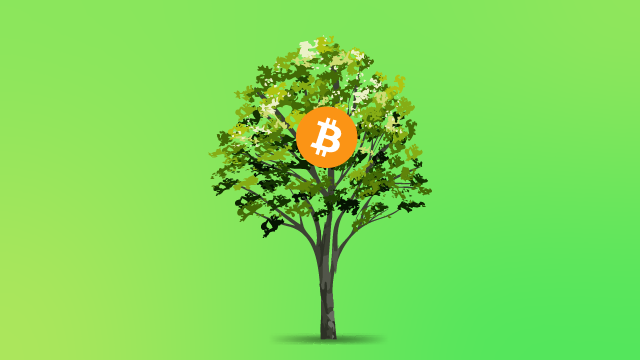 Want to make an impact this Earth Day? Join CoinFlip as we plant trees with the Canopy Project! On April 22, 2021, every CoinFlip ATM transaction will lead to a tree planted! Visit your closest CoinFlip ATM to make a difference this Thursday.

Bitcoin and the revolutionary technology behind it create a new financial ecosystem - one free from the control of governments and traditional banks, where anyone can access financial freedom. Bitcoin presents a myriad of benefits, from introducing new ways to ensure privacy to acting as a hedge against inflation. Unfortunately, it does also have one major downside - massive energy consumption. While bitcoin is a virtual currency, its protocol uses very real natural resources to maintain the network and create new coins. It is essential to be mindful of these risks as you navigate the bitcoin ecosystem.

How Much Energy Does Bitcoin Use?

However, Bitcoin is not a country, so it might not be best to compare its energy usage to one. Cambridge presented another comparison for Bitcoin's energy use by saying, "the amount of electricity used annually by the Bitcoin network could satisfy the energy needs of the University of Cambridge for 818 years."

In terms of carbon footprint, Digiconimist estimates that Bitcoin produces around 36.95 megatons of CO2 annually. No matter how you look at it, there is no denying that bitcoin has a substantial environmental impact by using a lot of electricity. Depending on the electricity's source, using it isn't necessarily a bad thing. Unfortunately, it is estimated that most bitcoin's operations rely on the use of fossil fuels.

Bitcoin is designed so that as its popularity increases, more energy consumption is required to maintain the network. As bitcoin mining becomes more profitable, the more people are willing to spend on supercomputers that use a lot of energy to better their chances of adding the next block of transactions to the chain. Most of the specialized hardware for these supercomputers is manufactured in China, so it comes as no surprise that many bitcoin mining operations take place close to this hardware source.

Research finds that more than 75% of bitcoin mining occurs in China - sometimes in regions that use coal-heavy power generation. When fossil fuels like coal are burned, they release CO2 and other greenhouse gases, which in turn trap heat in our atmosphere, making them the primary contributors to global warming and climate change. Some believe that the amount of bitcoin mining performed in the country could undermine international sustainability efforts, as there are fewer regulations on energy.

Many in the Bitcoin industry hope to shift to more sustainable renewable energy forms like wind or solar power. Currently, around 39% of total bitcoin mining energy consumption comes from renewable energy sources, according to Cambridge.

Jack Dorsey, CEO of the Bitcoin-friendly company Square, has said he believes that "cryptocurrency will eventually be powered completely by clean power, eliminating its carbon footprint and driving adoption of renewables globally." Square has committed $10 million to invest in new "green energy technologies within Bitcoin mining, and aims to accelerate its transition to clean power."

While bitcoin's environmental impacts are alarming, at CoinFlip, we believe that bitcoin's benefits far outweigh its wrongdoing. We are hopeful for a more sustainable future for the bitcoin industry and are committed to being a part of that change.

We chose to contribute to reforestation because planting trees worldwide is one of the most significant ways of taking CO2 out of the atmosphere to tackle the climate crisis. Find your closest CoinFlip ATM and join us in planting!

For a more localized approach, our team will be doing quarterly neighborhood cleanups around the city of Chicago beginning tomorrow, April 17. For updates on our Chicago cleanup initiative, follow us on social media!

We are excited about our Earth Day 2021 initiatives and hope to incorporate more sustainable practices in our business in the future. Be sure to visit your closest CoinFlip ATM to help us make a difference!